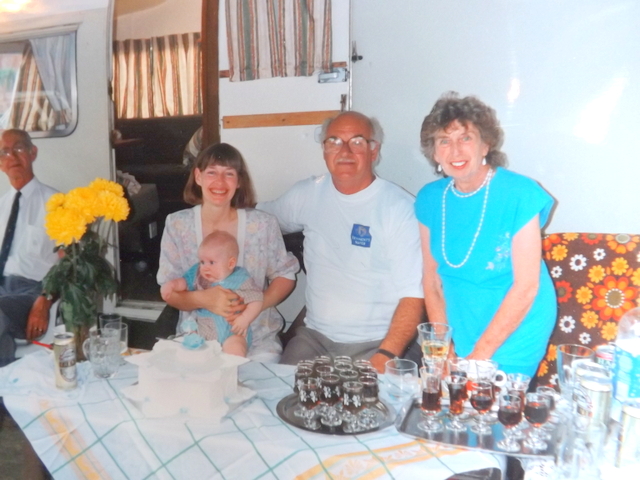 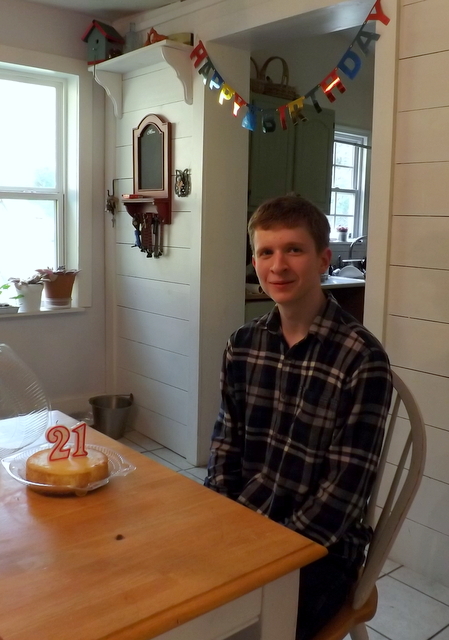 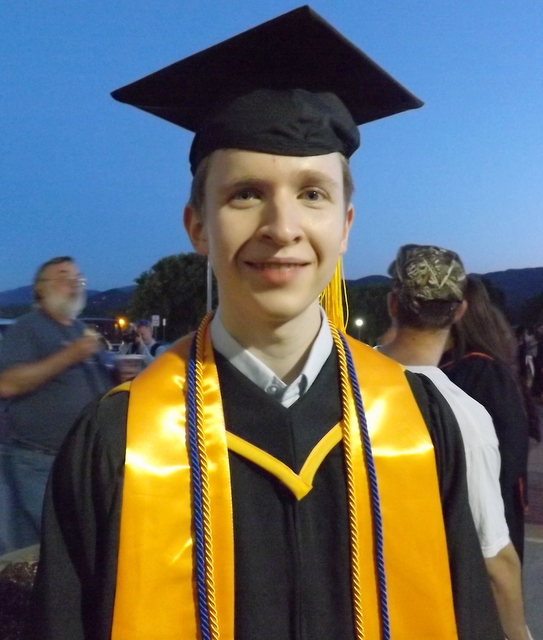 For those back home wondering what Josh is up to. Well, A lot of water has gone under the bridge since that Christening day! We were stationed at Ft. Lewis, Washington, just south of Seattle, in the Pacific North West when Josh was born. He took his first trip to England at two months old. And now, he's twenty one! Can't believe it!

I guess all those years of home schooling paid off in the end. Despite all my worrying about, "what if we're not doing enough?" Our curriculum was very loose. Just the basic three Rs and then lots of time to pursue whatever interested him. I'm a big proponent of autodidactism and would often put something in front of him with the half joking advice that "If you wish to avoid ending up on a street corner, living in a cardboard box, it would behoove you to study this!" We joke about it now, but he really took it to heart. When I got ill and we determined that it would be best that he attend the local high school for his last couple of years, he already had that work ethic.

A few weeks ago he graduated college with an Associates in Science and Engineering. He's continuing on with a few more classes to get an Associate of Applied Science and Mechatronics.  Then, bwaaahh , (we're going to miss him!) his big goal is to apply to be accepted into The Webb Institute, way up on Long Island New York. It's a small, four year college that specializes in Marine Engineering/Naval Architecture. They only accept a small number of students so that's why Josh is working so hard to get the best grades he can.

Wish my Mum could have lived to see him graduate, but I'm glad Granddad has been able to.

Pauline, you and Ken must be so proud. He's doing so well. He looks even taller then when we as saw him. Must write you a long letter soon. Susan x

Hi Susan! Yes, but I'm mostly in shock. Remember how bad I was in math? When I look over his shoulder at some of the calculations he's doing I say "Are you really related to me?" :)

Polly
Hello, thanks for visiting. I'm a stay at home mom,wife,artist and homesteader. We live on a 34 acre farm in the Blue Ridge Mountains. We have horses, donkeys,chickens,ducks and sometimes,pigs. We also raise Scottish Blackface and Jacob cross sheep.